Instead of just one Kindle deal, today we have seven highly rated books, everything from science fiction to historical fiction, to contemporary fiction.

The Rosie Project (Don Tillman #1) by Graeme Simsion. “An international sensation, this hilarious, feel-good novel is narrated by an oddly charming and socially challenged genetics professor on an unusual quest: to find out if he is capable of true love.” This book has a 4-star rating out of 437,000 reviews on Goodreads. Right now you can get The Rosie Project for only $2.99 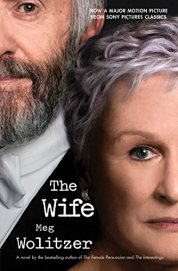 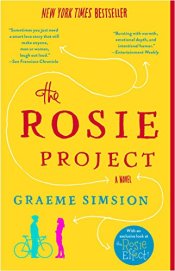 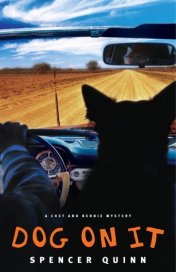 True to Form (Katie Nash #3) by Elizabeth Berg. From the reviews, people say you can read True to Form from the Katie Nash series without having read the first two. Right now you can get a copy for $1.99.

From the publisher: “It is 1961, and thirteen-year-old Katie is facing a summer full of conflict. First, instead of letting her find her own work for the season, Katie’s father has arranged for two less than ideal baby-sitting jobs. Worse, Katie has been forcibly inducted into the ‘loser’ Girl Scout troop organized by her only friend Cynthia’s controlling and clueless mother. A much anticipated visit to her former home in Texas and ex-best friend Cherylanne proves disappointing. And then comes an act of betrayal that leaves Katie questioning her views on friendship, on her ability not to take those she loves for granted, and most important, on herself.”

The Wife by Meg Wolitzer. The basis for the highly-acclaimed and what I think is a really good movie starring Glenn Close (who won a Golden Globe for her performance). Get The Wife: A Novel for only $1.99.

Dog on It (Chet and Bernie Mystery #1)by Spencer Quinn. From the publisher: “Chet, the wise and lovable canine narrator of Dog on It, and Bernie, a down-on-his-luck private investigator, are quick to take a new case involving a frantic mother searching for her teenage daughter. This well-behaved and gifted student may or may not have been kidnapped, but she has definitely gotten mixed up with some very unsavory characters. With Chet’s highly trained nose leading the way, their hunt for clues takes them into the desert to biker bars and other exotic locales—until the bad guys try to turn the tables and the resourceful duo lands in the paws of peril. ” Get Dog on It for only $1.99. 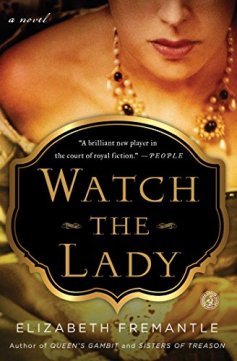 Watch the Lady (The Tudor Trilogy #3)by Elizabeth Fremantle. From Amazon: “From “a brilliant new player in the court of royal fiction” (People), comes the mesmerizing story of Lady Penelope Devereux—the daring young beauty in the Tudor court, who inspired Sir Philip Sidney’s famous sonnets even while she plotted against Queen Elizabeth.” Get your copy of Watch the Lady for only $1.99.

The Map of the Sky by Félix J. Palma. From the publisher: “The New York Times bestselling author of The Map of Time returns with a mesmerizing novel casting H.G. Wells in a leading role, as the extraterrestrial invasion featured in The War of the Worlds is turned into a bizarre reality.” The Map of the Sky is only $1.99 on Kindle.

The Soldier’s Wife by Joanna Trollope. From Goodreads: “After six months away in Afghanistan, the soldiers come home to their girlfriends, wives, parents, and children. After six months of hell, being home will surely be heaven. Except that it isn’t. When Dan returns home to Alexa and their children, it’s still the army that comes first.” The Soldier’s Wife is only $1.99.

For more of my book reviews, visit www.bargain-sleuth.com

Year End Review: January - December 2021 Did I meet all my reading goals for 2021? Find out now! #ReadingChallenge #AudiobookChallenge #52Weeks52Books #LibraryLoveReadingChallenge #2021 #yearinreview #bookstagram #instabooks #booksta #goodreads #reading #books #librarybooks #audiobooks #kindle #kindlebooks #advancedreaderscopy #NetGalley
Locals, I have to tell you about a new soup and sandwich shop in Ashwaubenon. It's called Souper Day and is run by one of my childhood friends, the same friend that was always #NancyDrew because she was the blonde and I was #GeorgeFayne because I was the skinny girl with short dark hair. We played Nancy Drew all the time at school, and we devoured the books together. While talking to her today, I mentioned Nancy and she admitted that she collected the full series as well, even after we got "too old" for the books. Julie's got years of experience as a chef and always dreamed of opening a soup shop. If you're interested, check out the Facebook page Souper Day Green Bay
Blog Update: Daylight Saving Weekend. It's been hit or miss with me blogging lately. Mom's been in the hospital a couple more times, including a failed gall bladder surgery because she almost coded. Find out what's going on with the blog and my world by clicking the link in my bio #daylightsaving #nancydrew #amazonaffiliate #amazonprimevideo #kofi #abebooksaffiliate #supplychainissues
Want a great audiobook for the Boomer or Gen Xer in your life? Try The Boys: A Memoir of Hollywood and Family by #RonHoward and #ClintHoward. Best non-fiction book of the year! Click the link in my bio to read my review. #NewBookReleases #AndyGriffithShow #1960stelevision #GentleBen #1970stelevision #HappyDays #director #childactor #bookstagram #booksta #actor
Did you know that the official designation of Princess Royal goes back a few centuries, but there have only been seven of them? Three were in the last century, including the current Princess Anne, said to be the hardest working royal. I recently received an ebook from NetGalley that explores the history of these extra special princesses. Click the link in my bio for my review of The Princess Royal: From Princess Mary to Princess Anne by Helen Cathcart #NetGalley #BookReview #PrincessAnne #QueenElizabethII #PrincessRoyal #NewBookRelease #ARCReview #dukeofedingburgh #newbooks #royalfamily #windsorfamily #windsormountbatten #bookstagram #booksta #instabooks #newbooks #reading #books
Mom is busting out of the hospital today. One final look at #lambeaufield from the tallest building in Green Bay. Nice view for Victory Monday.